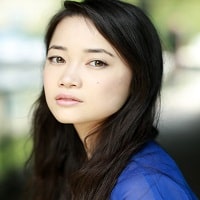 Haruka Abe is a Japanese–English actress. She appeared in BBC's Ideal as Miko, and as Marti in Sleepydog's science-fiction TV series Slingers directed by Steve Barron. She also appeared in the video for Clean Bandit's song "Rather Be" which has gained over 606 million views on YouTube as of October 2020. Read more