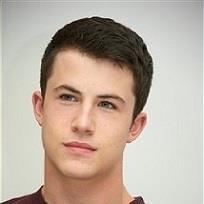 Dylan Christopher Minnette is an American actor, singer, and musician. He is known for his role as Clay Jensen in the Netflix drama series 13 Reasons Why. He has made guest appearances in several TV series, such as Lost, Awake, Scandal, Grey's Anatomy, Supernatural, Prison Break and Marvel's Agents of S.H.I.E.L.DRead more