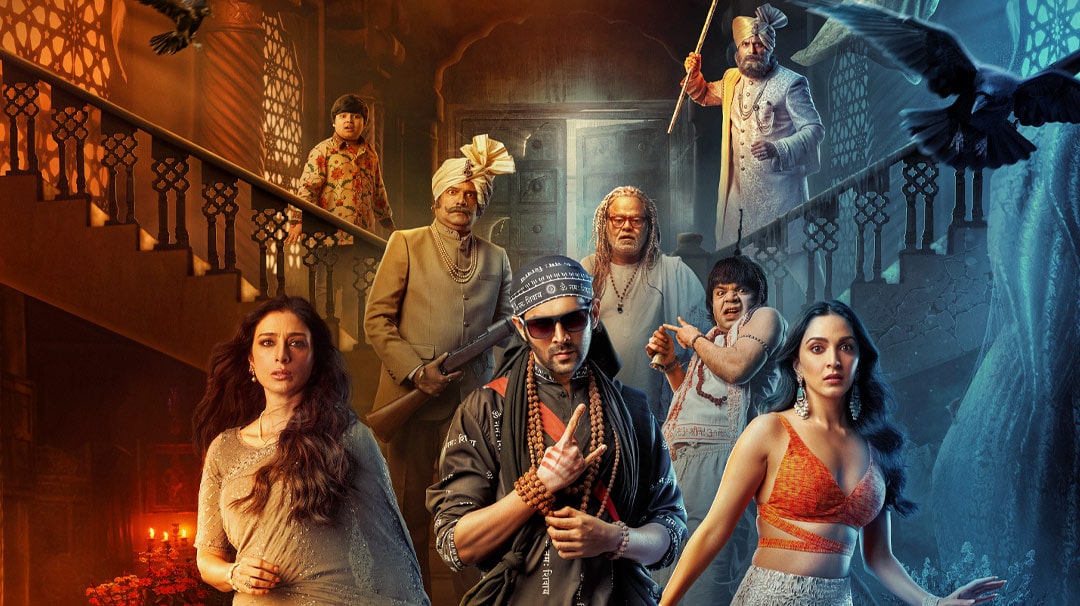 Sequel to the 2005 blockbuster Bhool Bhulaiyaa, the film features Kartik Aaryan in the lead role of a ghostbuster. Helmed by Aneez Bazmee, the director of comedy movies such as 'No Entry' and 'Welcome', the film promises to be an ultimate horror comedy similar to its predecessor.